A RoadMap to become a Web Developer 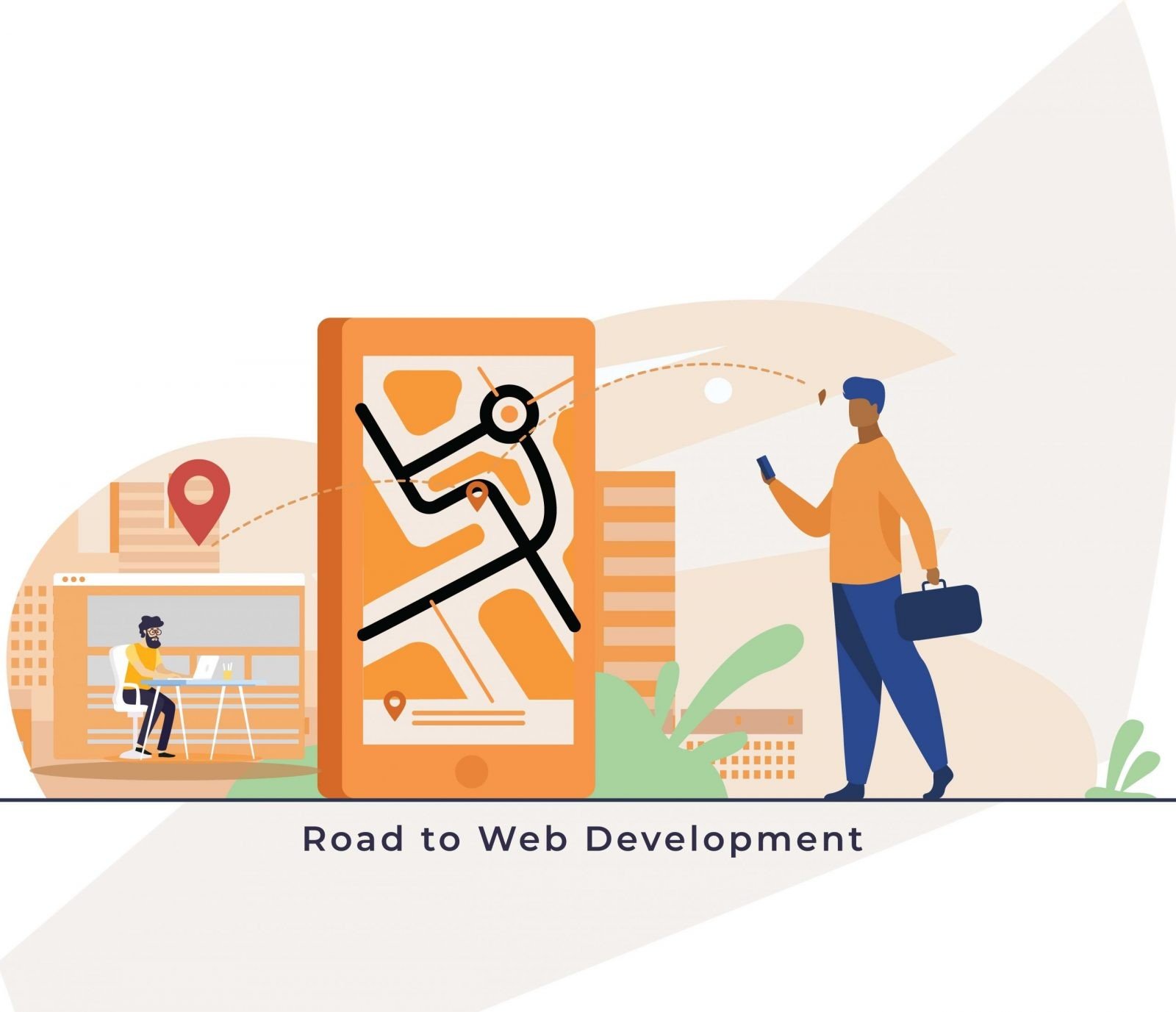 In the current age of the phenomenal rise of the technology stack, there are a large number of opportunities for us to become successful. A large variety of platforms and frameworks are being developed and widely used such that sometimes, its impossible to keep up with some. I, myself, mostly found it very hard to remember all the tools I could use in application development.

Many of my friends have asked me, “What should I learn to be a Web Developer? There are many programming languages ​​out there. It’s so confusing… ”

Yes indeed, it may sometimes feel confusing and overwhelming when you start it for the first time. We will not say that it will be very simple afterward, but it will be much less confusing. we ‘ll try and briefly introduce to you the different sections and stacks used in web app development

The Two and a Half Paths of Web Development

If you’re a guy who is interested in designing the system I think this would be the best path for you. Designing a responsive User Interface (UI) and delivering an effective User Experience (UX) is of utmost importance while developing a web application. In the last two years, we have seen a tremendous increase in technology stack for developing a highly interactive application.

Even though the base of any web application is still HTML, CSS, and JavaScript, recently we can see many advanced Javascript frameworks such as ReactJS, AngularJS, VueJS, etc. More details can be found here. There is also the latest Web App development technology known as Progressive Web Apps (PWA). 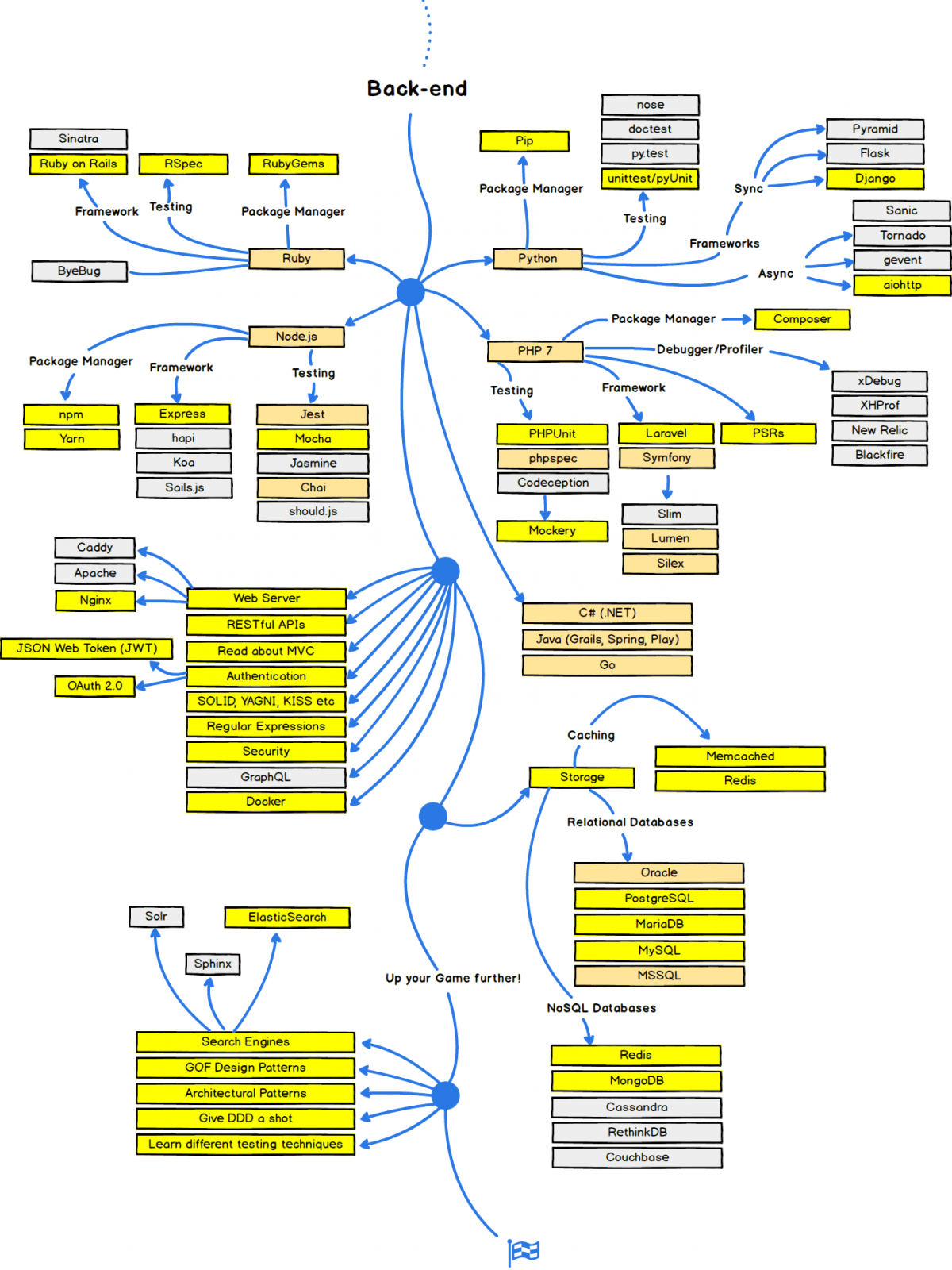 Back-end development will be the path that is favourable for guys(and girls ) who like to code the application logic. This is where the real-tough end programming starts (though I’m not decreasing the level of front-end guys)…

For the backend, each individual can choose a programing language of their own choice (if it is suitable for web-development only 😜… Some kids have asked me if they can use C++ for web development… Of course, you can use it, if you would like to spend a week to deploy a Hello World program 😅).

The most famous languages used for backend are PHP, Python, NodeJS (uses JavaScript), and Ruby. There are multiple frameworks you can use with each of these programming languages like Laravel (PHP), Django (Python), Express (NodeJS), and Rails(Ruby). Check more here.

Choosing a stack is the choice of each programmer. You can choose what you think is right for you. If you chose wrong, don’t be despair, just choose another one the next time. 😊 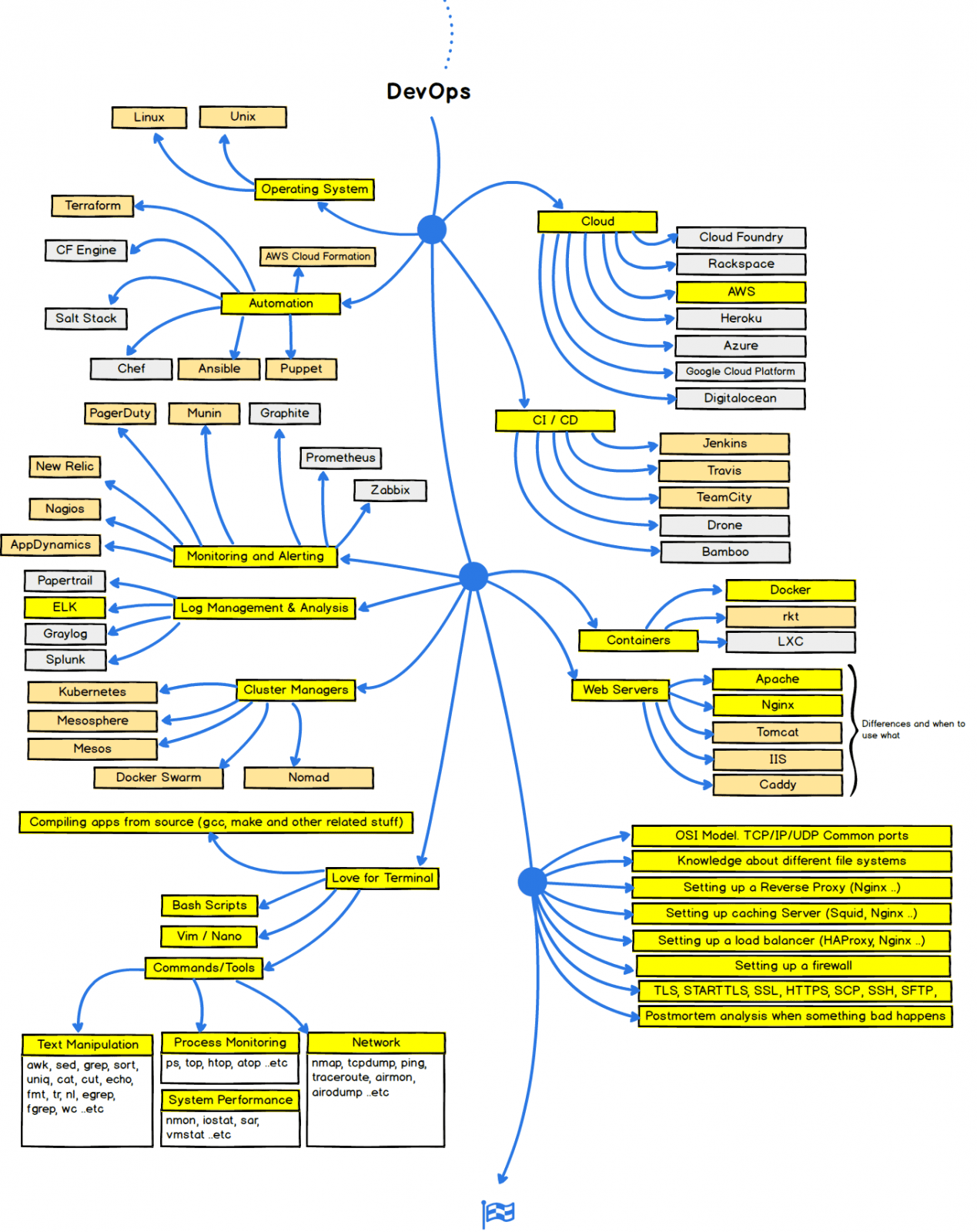 DevOps is a set of practices that automates the processes between software development and IT teams, in order that they can build, test, and release software faster and more reliably.

Though many see DevOps as back-end development itself, it is really far from it and much more. It requires as much attention and details or maybe even more. A detailed explanation of DevOps can be found here.

Well, this concludes my brief explanation of different paths to becoming a web developer. I hope you find it useful and was able to clarify some of your doubts. I urge you to research more on the above topics and thereby find yourself a path that suits you.

How to Promote A Business with No Paid Advertising

HOW TO STAND OUT IN YOUR BUSINESS

Are you ready to begin?